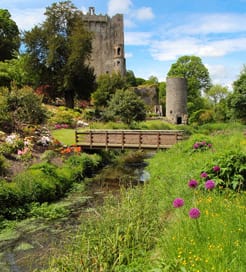 How to book ferries from Ireland to France

As the frequency and duration of crossings on some routes varies we would advise that you do a live search for crossings from Ireland to France to get the most up to date information.

Ferries from Ireland to France

Ireland is an island in the North Atlantic, to the West of Great Britain. The island of Ireland is politically divided between the Republic of Ireland and Northern Ireland which is part of the United Kingdom.

The region has a rather diverse landscape with a ring of coastal mountains and low plains at the center of the island. With three World Heritage Sites, Ireland’s outstanding natural beauty is of great interest to many tourists.

Ferry travel is a popular method of getting from Ireland to England, Wales and the Isle of Man across the Irish Sea. Crossings are year round, fast and operated by a variety of ferry company across a number of routes.

Despite the relatively long crossing, France is also well connected by ferry from Ireland. The ships are reasonably well appointed and as with the crossings to the UK, there are a number of operators and routes to choose from.