Algeciras - Tangier Med is one of our busiest routes - sailings regularly sell out at busy periods
Tip: Don’t wait until it’s too late! Book now to secure your choice of departure time

Ferry from Algeciras to Tangier Med

The Algeciras to Tangier Med ferry route from Spain to Morocco is available for booking all year round and is one of the quickest ferry routes across the Strait of Gibraltar.

Algeciras to Tangier Med Ferry prices can vary by season, operator and whether you are traveling with a vehicle such as a car. The cheapest ferry tickets are typically available during off peak, outside of the high season.

Compare prices of all ferries to Tangier Med from Algeciras and find the best deal. This ferry service does allow passengers to bring their cars onboard including motorbikes and trailers. Seating is also often included with the ticket and can be upgraded when making your booking.

For more information, please visit our Ferries from Spain to Morocco page.
Why use Direct Ferries?

Ferries from 4412 routes and 901 ports worldwide

Located on the Bay of Gibralta in Spain, the port city of Algeciras is located on the south coast of Spain and is mainly a transport hub and industrial city. The city's port is one of the largest in Europe for transhipment, cargo and container, and is located around 20km north east of Tarifa on the Rio de la Miel, the southernmost river on the Iberian Peninsula.

Algeciras ferry port is easily accessible by public transport, with several train and bus services available throughout the year. Algeciras bus station is around 20 minutes away from the port on foot and has connections to Malaga, Cadiz and Seville. Alternatively, you can get a train with Renfe to Algeciras from nearly all cities in Spain.

There are two public car parks at Algeciras ferry port. The indoor car park is opposite the dock while the outdoor car park is located to the right of the terminal building. Passengers can also take advantage of restaurants, cafes, duty free shops and car rental agencies.

The cargo port of Tangier-Med is located around 40 km to the east of the city of Tangier in Morocco. The port opened in 2007 and is one of the largest ports in the Mediterranean and in Africa. The port also deals with passenger traffic which is accommodated in the new passenger terminal, which replaced the city of Tangier port as the destination for ferries arriving from Europe.

The port is well connected by public transport, with the I3 bus service operating to and from Ksar Sghir, only a short walk from the terminal building. Passengers arriving at Tangier ferry port can expect to find a range of facilities in the new terminal including a bureau de change, a small shop, a cafe and ATMs. The address of the Tangier Med Port is APM Terminals MedPort Tangier, Ksar Sghir 94033, Morocco. 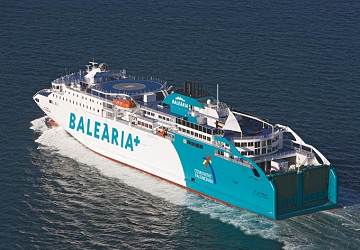 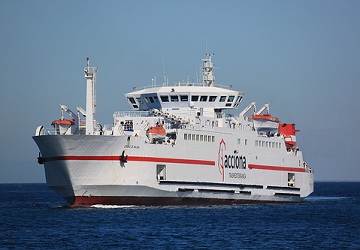 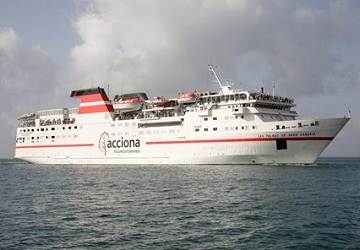 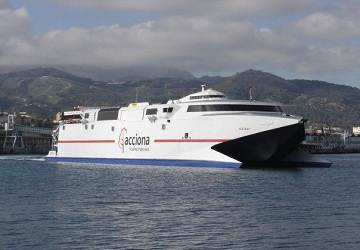 Alborán
The quickest way to make & manage your booking

This website uses cookies to help us process your bookings as well as customise and improve your experience. Learn More
Got it!