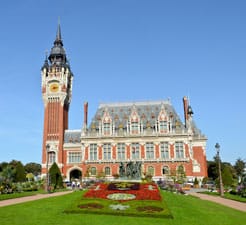 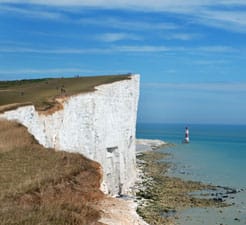 Klaipeda ferry port in Lithuania is served by a number of ferry routes with crossings to Trelleborg, Travemunde, Rostock, Kiel & Karlshamn available. With a selection of up to 19 Sailings Weekly, the port of Klaipeda connects Lithuania with Sweden & Germany.

Sailing durations range from 13 hours on the Karlshamn service to 27 hours 5 minutes on the Rostock service.

Although there is a brief summary on this page, as sailing information can vary based on time of year we’d advise you to get live sailing times and prices in our Klaipeda fare search.

The Port of Klaipeda is the northernmost ice-free port on the eastern coast bordering the Baltic Sea, representing Lithuania as its biggest and busiest port. More than 800 economic agents are directly involved in the operations of Klaipeda Port, and the port itself is a member of five international organisations that dictate important movements in the world of transportation. The port is regarded as one of the primary bases to connect Lithuania with the rest of Eastern Europe, especially the Baltic countries. The World Bank is currently sponsoring movements at the port, with the objectives to prevent spills, improving waste reception facilities and monitoring environmental conditions.

The port has recently been making strides in the tourism industry after renovations have transformed it into an attractive seaside city. Over the past decade, cruise shipping has soared in popularity at the marina, with the cruise vessel terminal sitting right in the heart of the city. Numerous services are available to passengers at the port: taxi ranks, an internet café, souvenir shops, bars and restaurants are typically very busy at all times. An additional terminal was added in 2014 in an attempt to improve the city’s competitiveness in cruise shipping and to develop the exponential growth of its tourism industry.

The ferry routes coming out of the port are to Kiel in Germany and to Karlshamn in Sweden, both of them relatively long crossings. Facilities on board the vessels are of high quality offering excellent service to passengers.

How To Get To Klaipeda Ferry Port